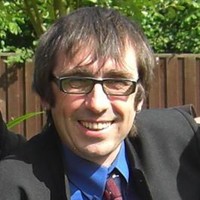 I grew up in the Black Country and rural Warwickshire. I moved to the Dyfi valley in 1987 and, apart from eight years in France, have been here ever since.
I'd like to say that I graduated from Brighton Polytechnic with a first-class honours degree in Microelectronics and Information Processing but that wouldn't be true. Instead they threw me out at the end of the first year for spending too much time in the pub and not enough time at lectures. No great loss - I was finding it pretty dull. Following that I spent three months washing up in a big hotel and three years as an audio-visual technician at Warwick university. So I can fix a tape recorder or an overhead projector, and I can run a 35mm projection box with carbon arc lamps and valve amps. These are, I fear, redundant skills.

I spent ten years at Dulas Engineering, later Dulas limited as an engineer and director. I worked on all sorts of projects specialising in design, manufacture, procurement and installation of stand-alone solar power systems with a focus on medical applications for developing countries. The technology is universal though, and equally applicable to the UK. I have written a book on designing solar power systems, available here: Solar Power Design Manual 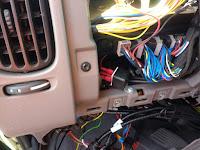 After Dulas, I spent a few years at a technology start-up as engineering manager, in the very early days of the telematics industry. I returned to that field more recently, as a consultant to Plant-I limited, writing software for the devices in the vehicles, designing installations and managing software development projects.

While in France, I made a living in part by writing simple websites for various small businesses. These included estate agents, holiday accommodation and a local news website. 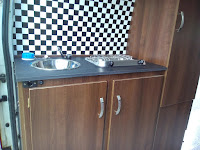 I can fix motorcycles, and can repair the sort of awkward auto-electrical faults which it can be difficult to get anyone to do, like burned-out dash wiring. I have designed and built my own camper van from a builder's van, including building all the furniture from scratch. And the wiring, obviously.